Most of literature and storytelling boils down to one basic issue, how to balance our hopes and our fears. Within a novel we adopt the characters’ yearnings–briefly–as our own, trying them on for size. And when those dreams, those ambitions, are threatened?

One of the things I like best about my house is the light coming through all the windows, but yesterday evening, I sensed that the quality of light was odd. My husband said that it was probably just the fog rolling in, but I’ve lived in a fog belt all my life and this was different.

It’s Not All A Beautiful Mind

At the Denver WorldCon in 2008 they had a panel on mental illness in fiction, and having written a series about a boy with sociopathy I thought it would be cool to check it out. I don’t know what I was expecting; maybe some kind of retrospective of cool stories about mental disorders, but what I got was far more interesting and valuable.

Written and Illustrated by Fred Chao

Johnny Hiro is just a regular guy—a restaurant worker trying to learn the skills to become a sushi chef; someone who works a minimum wage job but wants to create a better life for himself and his girlfriend. Fortunately or unfortunately, his girlfriend Mayumi, is the daughter of a 1970s Japanese action hero.

Researching a novel like Thieftaker, my Revolutionary War–era urban fantasy, which was released by Tor on July 3, can be a roller coaster ride. Success gives way to frustration, which in turn gives way to new successes. 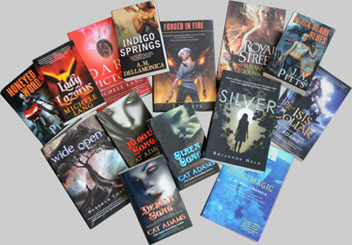 Check out our monthly #TorChat, featuring Tor/Forge authors chatting with fans on Twitter!

Here’s an exclusive announcement for Newsletter readers: the guests for the upcoming #TorChat on July 18th will be Alex Bledsoe, Ian Tregillis, and D. B. Jackson, talking about alternative history. Come join us!

We are currently offering the chance to win a copy of each of the following books on Goodreads: 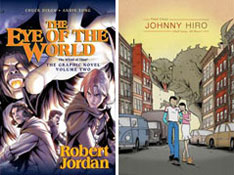 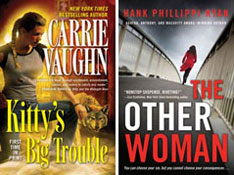 Rest in peace, Ray Bradbury. You were and always will be an inspiration.

Check out these fantastic Game of Thrones attack ads.

Ever wanted to know what super heroes looked like as kids? Probably not this adorable, but we can hope!

Did you miss the rare transit of Venus? NASA has some amazing images.